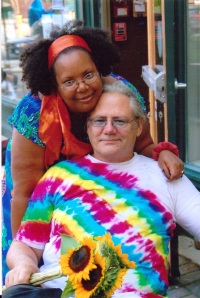 In each of my friends there is something that only some other friend can fully bring out. By myself I am not large enough to call the whole man into activity; I want other lights than my own to show all his facets… Hence true Friendship is the least jealous of loves. Two friends delight to be joined by a third, and three by a fourth, if only the newcomer is qualified to become a real friend. They can then say, as the blessed souls say in Dante, “Here comes one who will augment our loves.” For in this love “to divide is not to take away.”

His charisma was such that it could quickly eclipse– I was “Tom’s nephew” and my mother was “Tom’s sister”. You lived on “Tom’s street” or went to “Tom’s school”. But it was all incidental in his quest to know everyone; his friendship just got that big.

Tom never hesitated to share his advice, lend a hand, give a gift or offer a shoulder. He was “paying it forward” before anyone had a term for it. He gave more to me than I could ever repay and never counted the cost.

I’ve often said that I lost all my regrets after my daughter, Pixel, was born but I know that’s not true now. I regret that she will never be friends with her great-uncle Tom (although we were both happy that he could meet her).  I know that I will never be able to teach her as much as he would have and all I can do is take what he shared with me and share it with her.

A soul never dies and Tom’s is no exception but everyone who knew him will have to carry him with them now. What he has touched can never be “untouched” but a great many friends have lost a light they will not see for a long time and all of us will have to wait until the Tom-in-them can be experienced again.